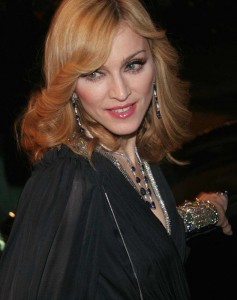 Madonna relationship with Alex Rodriguez is reportedly back on. After rumors she had dumped A-Rod for 21 year-old Jesus Luz, she spent the weekend with A-Rod at the East Hampton home of Jerry and Jessica Seinfeld. The weekend getaway did little to sooth Madonna’s agitated state.

She is said to be fuming that untouched photos from her Hard Candy album cover shoot was leaked on the web. According Page Six source “Madonna called up the label screaming when the photos got out.”