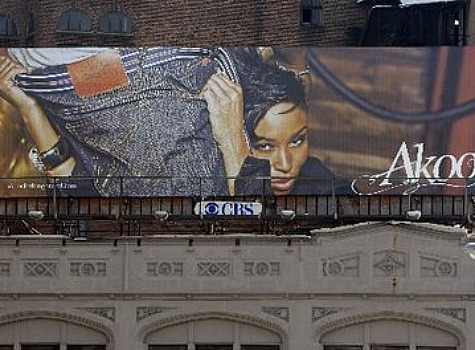 Rapper T.I.’s clothing line Akoo Jeans’ new billboard in downtown Newark, NJ is being called too sexually suggestive. The ad features a man in jeans with a woman on her knees in front of him, the side of her face pressed against his pelvic area, about to pull his unbuckled jeans down

A lot of people in the community are offended by the ad and want it removed.