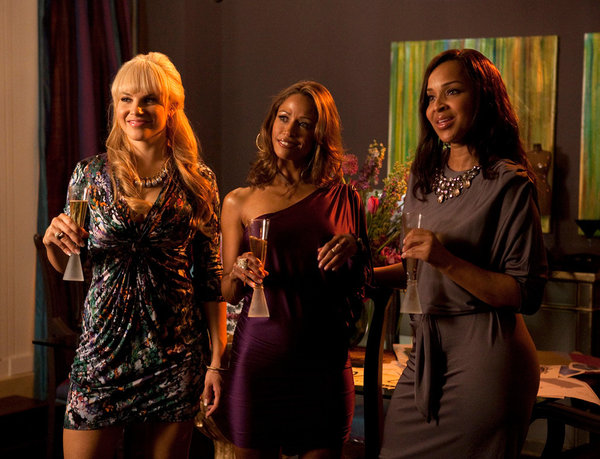 Stacey Dash has a problem with LisaRaye McCoy and reportedly wants LisaRaye to get a beatdown. The two star in a new show, Single Ladies, that is produced by Queen Latifah. Stacey allegedly went off on Tuesday on the set though no one seems to know why.

Stacey supposedly ran off the set screaming, “No, I ain’t coming back unless that b*tch gets her ass kicked!” Everyone one the set was stunned because LisaRaye apparently did nothing to provoke Stacey.

“It was an intimate dinner party scene so everyone was in cocktail dresses,” a source tells Us Weekly. “Stacey was screaming and running around in thousand dollar Louboutins!”

Something is missing from this story or it is a publicity stunt. The show premieres Monday, May 30 at 9 p.m. on VH1.