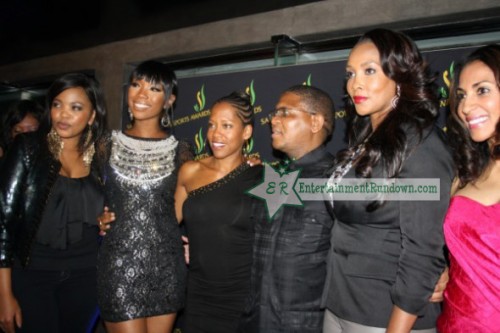 Vivica A. Fox, Brandy and Regina King are all in South Africa for the SA Sports Awards this weekend. Last night Vivica caused an uproar as she is accused of dissing some local celebrities. Viv and the other American celebs were invited onstage to take pictures with the Sports Minster when things reportedly got ugly. Some of the local celebrities also went on the stage to take pictures but Viv reportedly said to them: “Move, Move back… who are all these people” 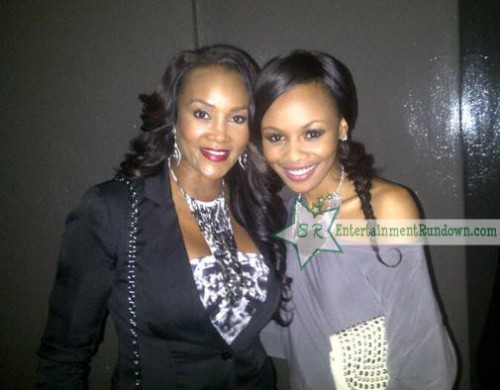 Vivica Fox posed with Bonang Matheba before the incident.

TV and Radio personality, Bonang, Matheba, who was also at the event, took to her twitter page: “The waaaaayy Vivica REDUCED us today!! Kwaahaahaaaaaaa!!! I’ve never!! I actually wish someone captured that Vivica moment on video…. So damn unreal!! Can’t.”

Owen Khumalo took to his twitter page: “#ThatAwakwardMoment When Vivica A. Fox throws diva tantrums at the event she’s been unnecessarily flown to and paid for”

Celebrity make up artist, Nthato Mashishi said this of the actress: “Tjo.. I’m so disappointed by Vivica Fox’s behavior… so ghetto maaan”

People were so upset by Vivica’s behavior they started a hash tag on Twitter #TakeVivicaBackHome.

I’d be very interested in hearing what she has to say about the incident.

The actress seemed happy to be there when she arrived with her fiance and Brandy.

UPDATE: Viv Tweeted: “2 my South African Tweeps! Please do not believe what is being said about me 2day! Stay tuned n the real Truth will be revealed shortly!”

She then directed her followers to the Twitter page of a South African radio station for what happened. The page stated: “Last night was packed at Randlords an Ms Vivica was following protocol 4 asking our locals celebs to wait for their turn let’s respect pls. You know we had the Minister and he requested Brandy, Vivica an Regina 1st then followed by our locals. Just protocol. Peace 2 all.”