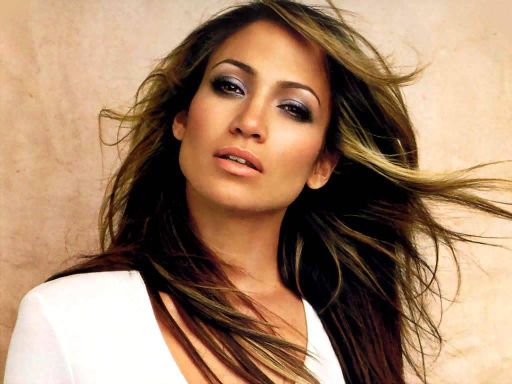 Jennifer Lopez tops Forbes’ magazine’s World’s Most Powerful 100 Celebrity 2012. The stars are ranked by earnings, press coverage and internet impact. J.Lo jumps from No. 50 last year to No. 1, marking her first time topping the list. She knocked Lady Gaga from the No. 1 spot down to No. 5.

Oprah Winfrey holds on to her No. 2 spot though her earnings dropped from last year. She still remains the highest earner on the list with $165 million. Justin Bieber, who covers the issue, returns at No. 3 again. The teen is a serious investor, with stakes in a dozen companies. 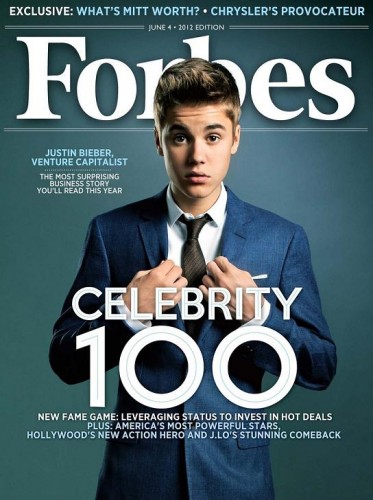 Newcomers to the list include: Rihanna (No. 4) with $53 million; the Kardashian sisters Kim (No. 7) and Khloe (No. 73); and British singer Adele (No. 24). Television newcomers include Sofia Vergara (No. 76).  Actor and pro-wrestler Dwayne “The Rock” Johnson debuts on the list at No. 70.

Here are the top ten: 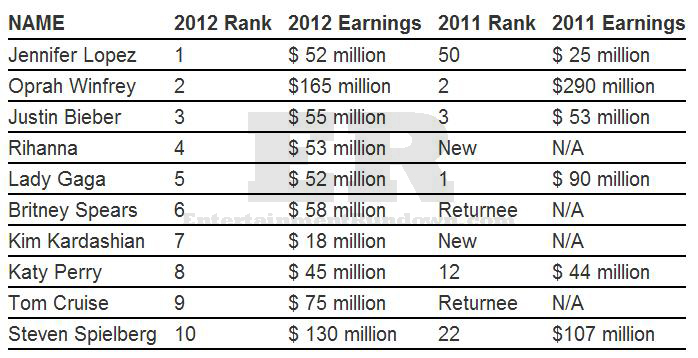