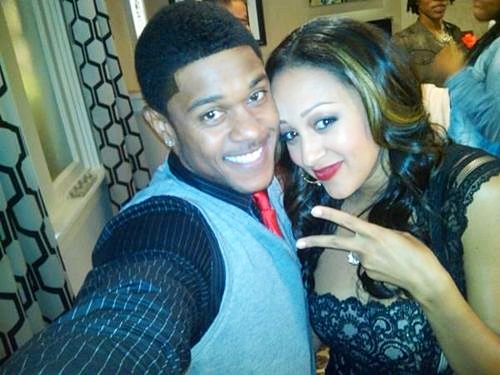 Two days after Tia Mowry Hardrict announced that she will not return to The Game, BET issued a statement confirming Pooch Hall’s is also out. The network claims that he is leaving because he has signed to appear on Showtime’s new show, Ray Donovan. They better let Pooch know that because he previously Tweeted that Showtime was cool with him still doing The Game and he just needs to work out a deal with BET.  Looks like the rumors that both actors are out over salary negotiation may be right.

After five seasons on The Game, Pooch Hall and Tia Mowry will not return as regular cast members on season six on BET Networks.

As a result of Pooch’s involvement on a new project, BET is in the process of reworking the casting and storyline of the show. That said, we hope both Pooch and Tia will make several guest appearances.

While we will miss the incredible adventures of Melanie and Derwin on The Game, we appreciate all of their hard work, the laughs and wish them both the best on their future endeavors.

Meanwhile, Tia drops by VH1’s Big Morning Buzz where she talks about her son, promotes her new book, the new season for Tia & Tamera and says leaving The Game was a mutual decision: