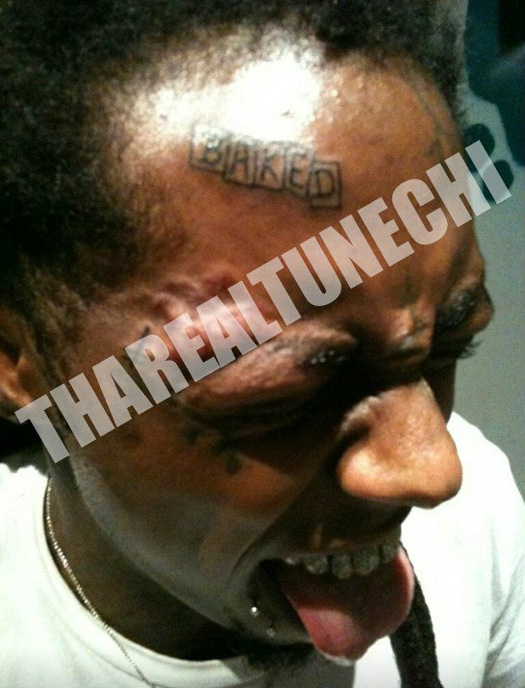 Lil Wayne has added to his massive tattoo collection. His most recent in was the “Baked” right on his forehead. This is not his first face tattoo as he already have several on his face. “Baked” is the a logo for Baker Skateboards. Skating has become an obsession for the rapper. He has even said he is putting rapping on the backburner for skateboarding:

“I picked up the skateboard and I thought it would be a hobby, but it’s a lifestyle. You have to be fully committed. In order to be fully committed, you have to live that lifestyle. What these young kids say right now, you have to be about that life. I guess I’m about that life. It’s kinda putting rap on the backburner, that’s all. Rap is a taking backseat to skating. That’s alright. But I kind of feel I deserve that…I think fans deserve some peace from me.”