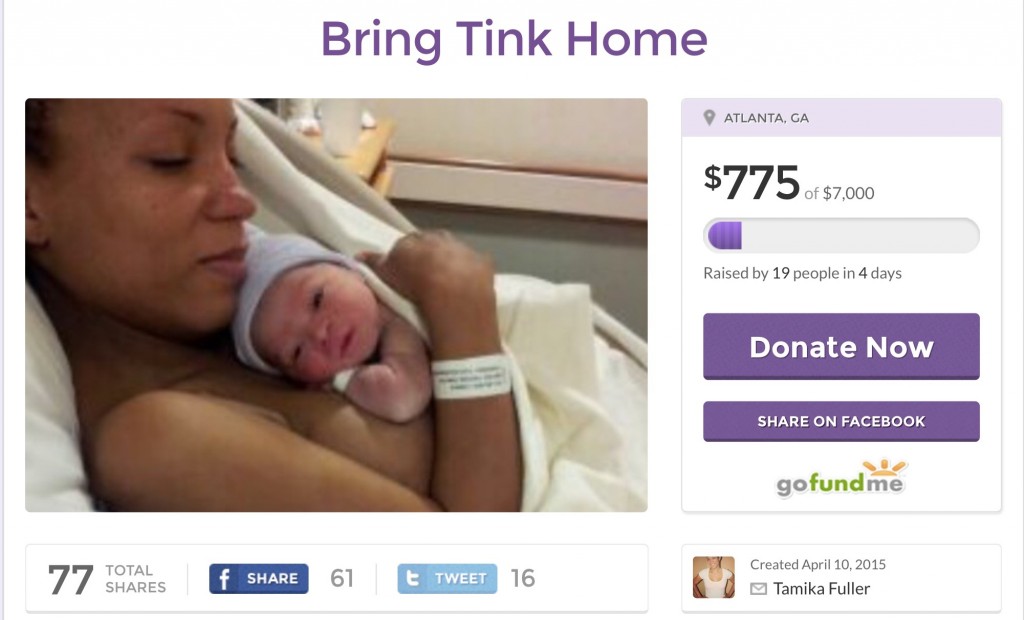 Ludacris’ baby mama Tamika Fuller is desperate to get her daughter Cai Bridges back from the rapper. She recently had her appeal for a new trial denied by an Atlanta judge. She has now launched a Go Fund Me page to help with her case and start a foundation.

She feels the reason she lost custody to Ludacris is because he is famous and rich. She tells Madame Noire:

“Sadly, on April 9th the judge denied my motion for a new trial. Every day that passes when I don’t have my daughter feels like eternity. After being discouraged with the court system, I decided to share a personal account of my situation on Madame Noire, it was never meant as a media blitz but rather my side of the story in protest of my daughter being taken away when I felt powerless against her father’s machine.

My side had not been shared up until this point and rumors that I was a bad mother or receiving 7k/month child support or asking for 15k were distressing me, none of which are factual. I’m back to working full time, but even that isn’t enough to cover the many expenses that come with this fight. I was hesitant to set up a Gofundme page but since my story ran I’ve received overwhelmingly supportive feedback from women and mothers across the country who have offered assistance and want to help with launching my organization.

I plan to use donation money to start setting up my non-profit “No Mother Left Behind” with a mission to educate, enrich, enlighten and empower low income mothers and also to help bring my own daughter back. I’ve read and appreciate all the messages, prayers and similar stories that I’ve received. You have all made me feel less alone. We are all in this together. Thank you.”

If you want to donate to Tamika, visit her page here.