Bill Cosby was arrested and charged on Wednesday for sexually assaulting a former Temple University employee in his Pennsylvania home in 2004. Andrea Constand said the comedian gave her pills and wine, then sexually assaulted her. She had come forward with the accusations a decade ago but prosecutors decline to file charges due to a lack of evidence. He now faces charges of aggravated indecent assault punishable by up to ten years in prison.

According to the complaint, Cosby made advances toward Constand (pictured above) two times before the alleged assault took place. On the day in question, she alleges she went to his home to talk about her career and that he offered her three blue pills to “take the edge off” and gave her wine as well. 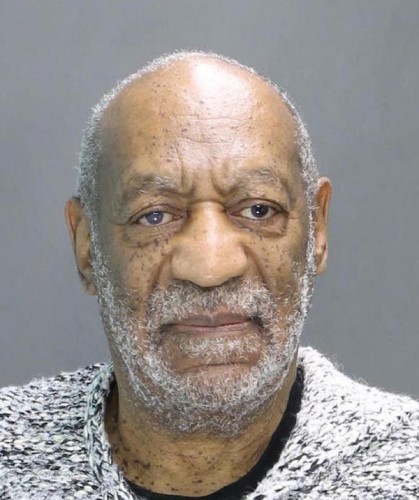 That when she said she suffered blurred vision, difficulty speaking and was unable to consent when Cosby has sex with her. She woke up in the early hours of the morning with her bra undone. Cosby gave her muffin, opened the door and let her out of his house, saying, “Alright.”

Cosby acknowledged in a deposition he had sexual contact with Constand but insists it was consensual.

The case was reopened after damaging testify was unsealed in a related civil suit against Cosby and dozens of women accusing him of similar offenses.

Constand sued and settle a civil suit against Cosby in 2006.

“Make no mistake, we intend to mount a vigorous defense against this unjustified charge and we expect that Mr. Cosby will be exonerated,” Cosby’s attorneys said in a statement.

Cosby was arraigned at 2:30 p.m. and bail was set at $1 million with additional conditions of surrendering his passport and having no contact with the victim. A preliminary hearing date of January 14, 2016 at 9 AM.

Video of Cosby arriving at court:

Click the link below to read the criminal complaint.