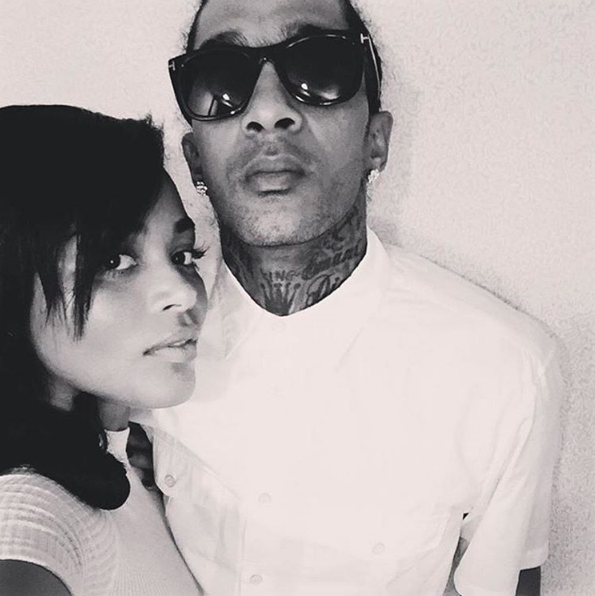 It appears Lauren London and rapper Nipsey Hussle are expecting their first child together. The news was not announced by the super private Lauren but by rapper T.I. He was doing an interview with Z107.9 Cleveland when he revealed the news. He was talking about making the sequel to his movie ATL.

“Ay man, we’re working on it presently. We got a couple obstacles in our way, like my lil sis man – she’s about to have a baby. So, we’re going to have to let her get that time out of her system and when she’s back in New New shape, we’ll be ready to roll.”

Lauren seeming responded by posting a picture of actress Eva Mendes with the caption #thebkueprint. Eva recently had a baby without anyone knowing she was pregnant.

Lauren has one son with rapper Lil Wayne.