Taraji P. Henson got a special Mother’s Day surprise, a marriage proposal! The Empire star’s boyfriend, former NFL player Kelvin Yaden, got down on bended knees to pop the question.

The actress posted a photo of the ring on Instagram to share the news with her fans. 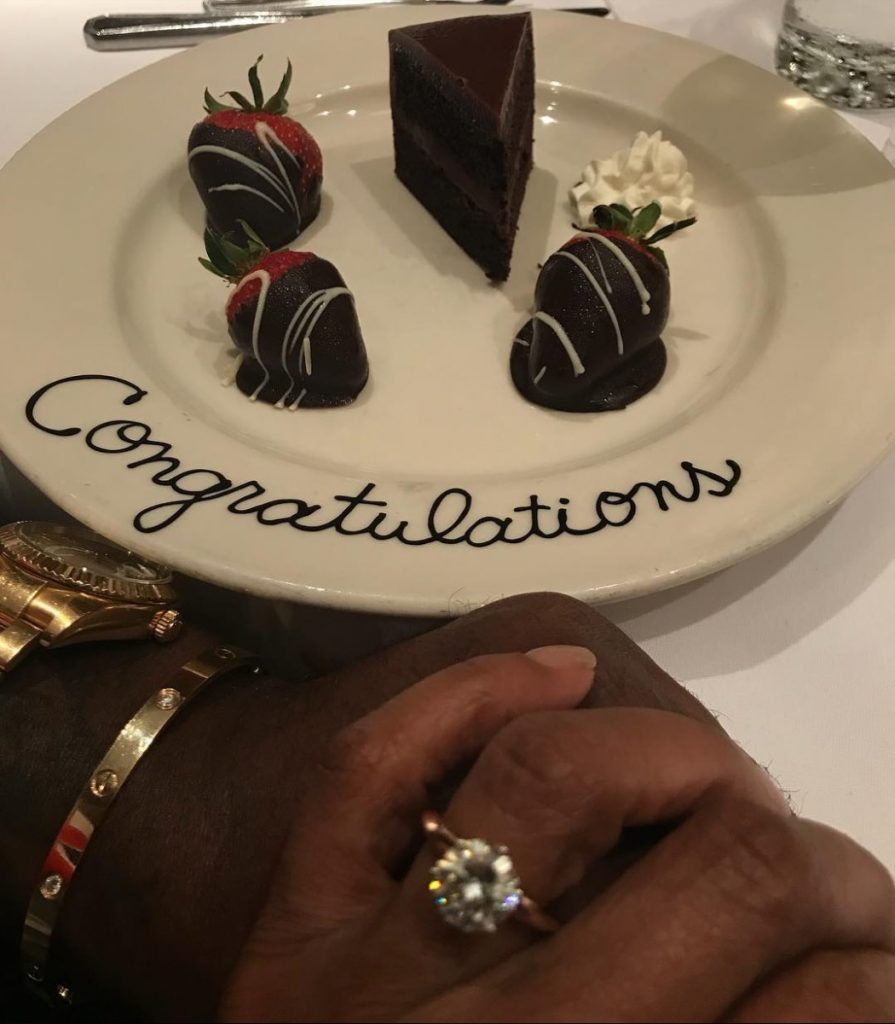 She caption the photo, “I said yes y’all!!! He started with the Cartier love bracelet BUT that was my #Mothersday gift and then he dropped to his knee and I almost passed out! #sheisofficiallyoffthemarket and she is sooooooooooooo HAPPY!!!!!! #GODIS.”

The two were together for two years before Taraji, 47, confirmed she and Kelvin, 34, were dating back in December 2017. In an interview with Essence she said:

“I’m happy in my personal life. Finally it has happened to me.” She added, “You know, I’m not the type to blast my personal business, but you know, I think that it’s important for people to know that I’m happy. I’m very very happy. I just am. We’ve been together for two years. And no one would really know that because I don’t blast my info like that but I’m very happy.”