Bill Cosby continues to face fallout from his rape allegations scandal. Fordham University did something the school has never done before. The board voted to cut his honorary doctorate they had awarded him in 2001. END_OF_DOCUMENT_TOKEN_TO_BE_REPLACED 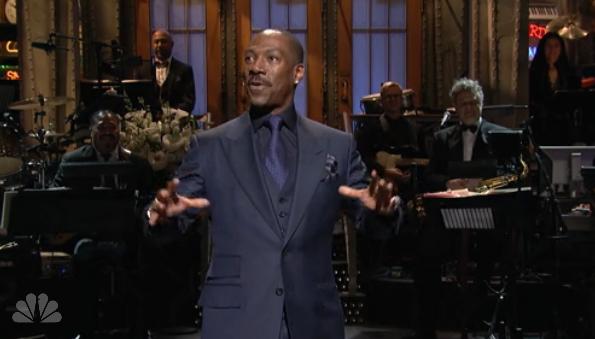 Eddie Murphy had not returned to Saturday Night Live for 30 years after they mocked him during a David Spade skit.  He decided to let go of the anger of that and returned for the shows 40th anniversary special. He was reportedly supposed to take part in a skit that takes aim at Bill Cosby and the current drug/rape allegations. According to Norm McDonald, Eddie backed out of the skit, refusing to kick Cosby while he is done.

Fans were all excited for Eddie’s return and after an introduction by Chris Rock, he came out and spoke for less than a minute. “This show is a big part of who I am and my life and I’m so happy to be back here. I actually feel like I’m going back to my old high school.”

On Wednesday Norm Tweeted out:

He knew the laughs would bring the house down. Eddie Murphy knows what will work on SNL better than any one. Eddie decides the laughs END_OF_DOCUMENT_TOKEN_TO_BE_REPLACED

Phylicia Rashad: I Was Misquoted 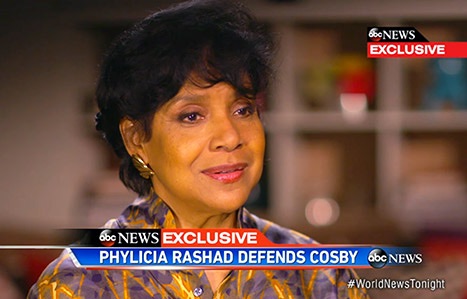 Phylicia Rashad is still standing by her friend Bill Cosby but she is denying the quote in an earlier interview that she said “Forget these women.” Phylicia says the point she was making is that the allegations are destroying a legacy.

She tells ABC News correspondent Linsey Davis that her words were misconstrued. “That was a misquote. That is not what I said. What I said is ‘This is not about the women – this is about something else. This is about the obliteration of legacy.'”

As for who would have a vested interest in attacking Bill, she says, “That is my question too.”

Watch the clip below: END_OF_DOCUMENT_TOKEN_TO_BE_REPLACED

Phylicia Rashad Speaks Out In Defense Of Bill Cosby 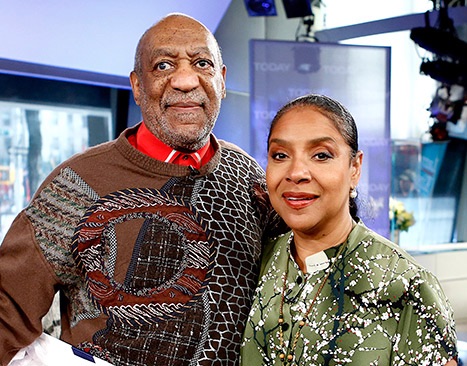 Bill Cosby has been accused by more than 20 women of drugging and/or raping them and people have been wanting to hear from his The Cosby Show co stars. His tv wife Phylicia Rashad has given her opinion on what she thinks is really going on with this scandal. She said “I don’t want to become part of the public debate,” but since she was asked by Showbiz411 she answered that she has never seen the behavior he is being accused of and this is what she thinks is the deal with the accusations:

“Forget these women. What you’re seeing is the destruction of a legacy. And I think it’s orchestrated. I don’t know why or who’s END_OF_DOCUMENT_TOKEN_TO_BE_REPLACED

The Recording Academy announced the newest additions to its Grammy Hall Of Fame for 2012. The collection acknowledges both singles and album recordings of all genres “at least 25 years old that exhibit qualitative or historical significance.” The inductees include: Dr. Martin Luther King Jr.’s “I Have A Dream” speech, Bill Cosby’s comedy album I Started Out As A Child, Gloria Gaynor’s I Will Survive, Grandmaster Flash & The Furious Five’s single The Message,  Tina Turner’s What’s Love Got To Do With It and Mahalia Jackson’s Precious Lord, Take My Hand. 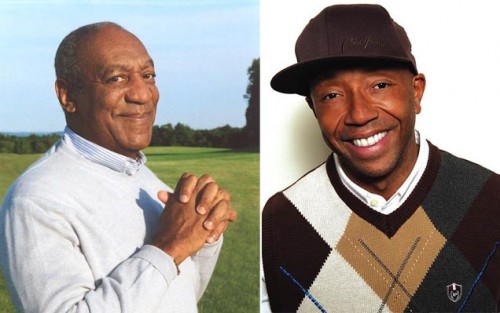 When I look back, I feel remorse for judging him. And it has been a source of a “rap beef” for years.  He has been critical of the poets but I have maintained that the entertainment, especially most of the poets, are simple reflections of cultures of truth. Anyhow, I wanted to find him to apologize, to tell him I was sorry about my statements and to tell him that I loved him. Suddenly I turned and he was behind the curtain and I said “I love you” and he responded on some real hip-hop, “Get the f*ck END_OF_DOCUMENT_TOKEN_TO_BE_REPLACED