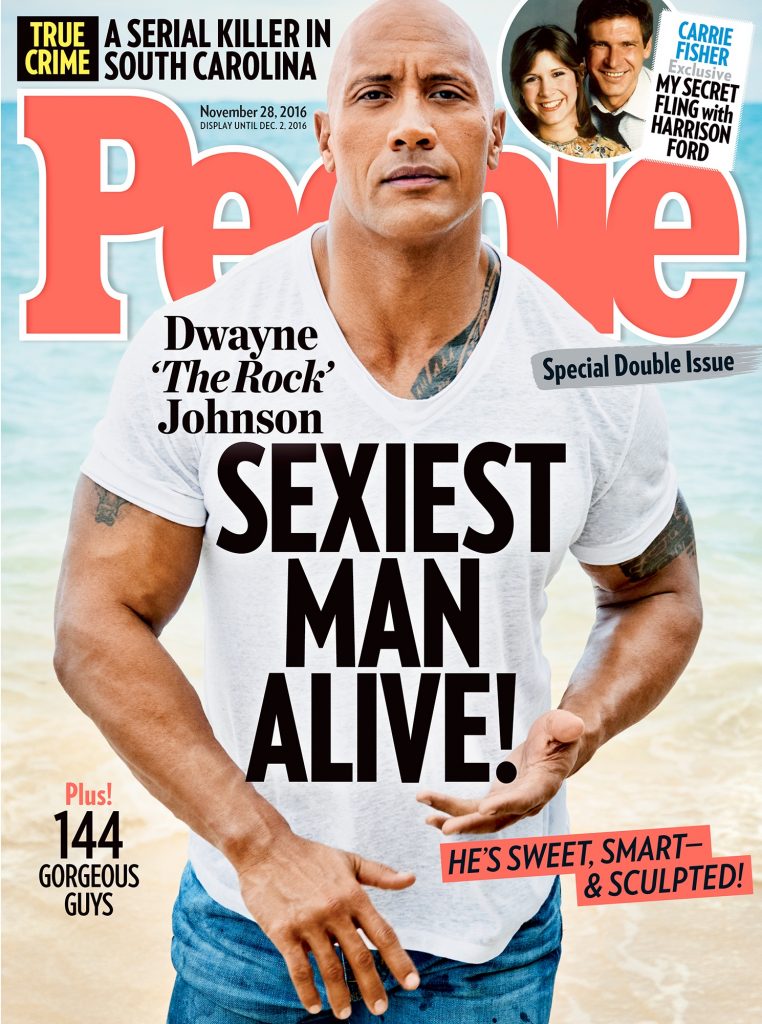 Dwayne “The Rock” Johnson is topping off his excellent year by being named People Magazine’s Sexiest Man Alive. He started off with by becoming a father again with his baby girl Jasmine. All his hard work made him the highest-paid actor. Now his amazing body, good looks and charming personality has earned him his latest honor. END_OF_DOCUMENT_TOKEN_TO_BE_REPLACED

Dwayne Johnson tops Forbes 2016 Highest Paid Actor list. The Ballers star knock Robert Downey Jr. off the top of the list after a three-year reign with earnings of $64.5 million.

The earnings used for the list are from June 2015 and June 2016. The actor more than doubling his earnings from the previous year where he made $31 million. The majority of his earnings come END_OF_DOCUMENT_TOKEN_TO_BE_REPLACED 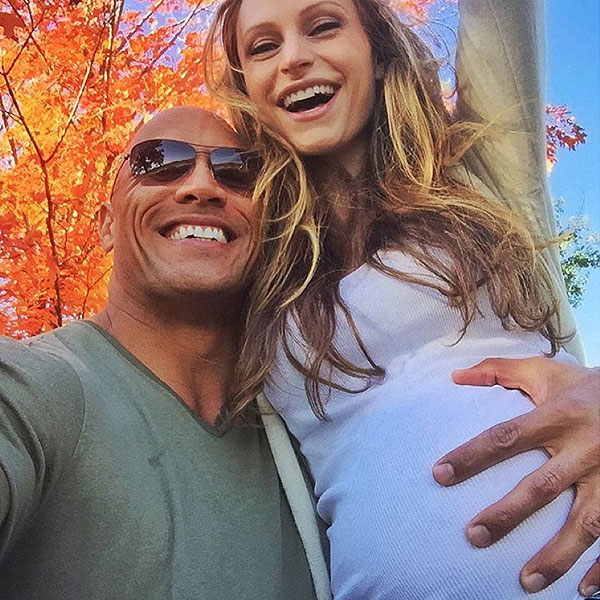 Dwayne “The Rock” Johnson just became a father for the second time. The actor and his girlfriend Lauren Hashian welcomed their first child together, a daughter, on Wednesday morning, reports People magazine. “Both Mom and Dad are over the moon; Christmas definitely came early!” a source tells the magazine. 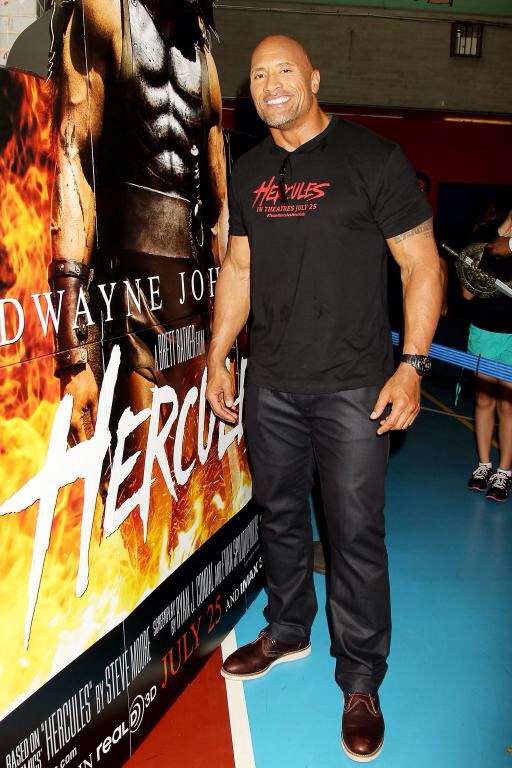 Dwayne Johnson surprised hundreds of fans from local youth organizations (including Big Brothers Big Sisters of NYC, Harlem Boys & Girls Club and the Children’s Aid Society) at the Dunleavy Milbank Center in Harlem during an afternoon of thrilling activities as part of Paramount’s #TeamHercules initiative. Following the unexpected visit from their hero, Dwayne sent the ecstatic fans off to a pop-up sneak preview of his new movie Hercules at the AMC Magic Johnson theater. 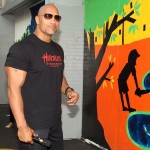 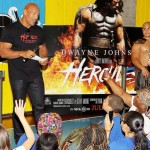 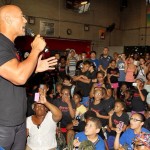 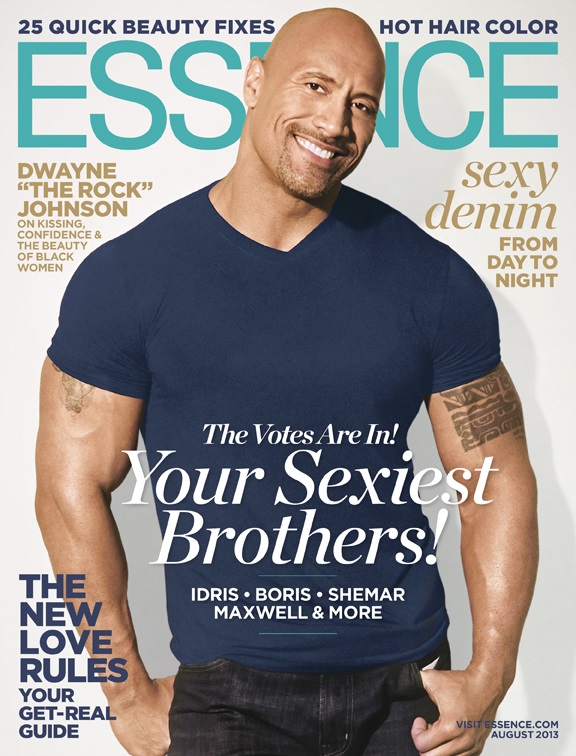 Dwayne “The Rock” Johnson covers Essence magazine’s August 2013 issue with his killer body and magnificent smile.  The hottie (too much gushing?) tells the magazine he finds “engaging in good conversation” is essential in a healthy relationship, but “embracing the power of kissing” doesn’t hurt. He adds “I want someone who can trust that my big hands are going to take care of them.”

On how his divorce helped him be a better man: “I want to be a man who is truthful and who won’t let pride get in the way of my ripping myself open to my partner and saying, ‘Here I am. This is me.’ I feel there’s something powerful when a man reaches a point in his life when he can be completely vulnerable.”

Also featured in the issue is Idris Elba, Boris Kodjoe, Shemar Moore, Maxwell and more. Looks like I’m going to have to pick up this issue of Essence! It hits newsstands July 8th. 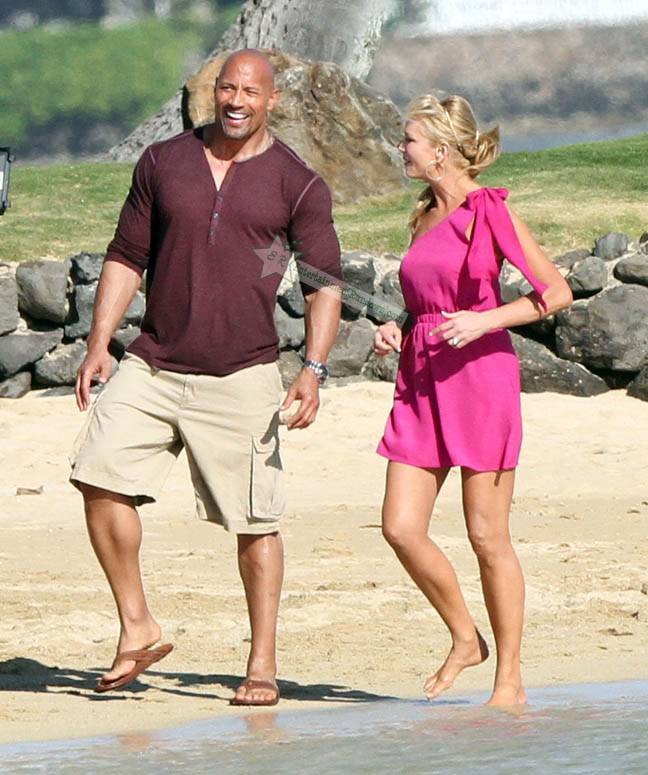 The fine specimen that is Dwayne Johnson was spotted on the beach in Hawaii giving an interview to Entertainment Tonight. Dwayne dazzled Nancy O’Dell with his gorgeous smile while talking about his upcoming movie, Journey 2: The Mysterious Island.

More photos and the trailer after the jump. END_OF_DOCUMENT_TOKEN_TO_BE_REPLACED