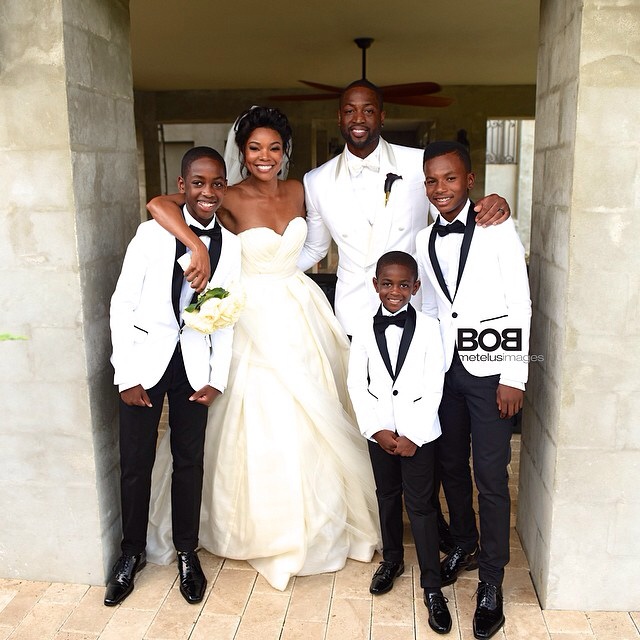 Gabrielle Union shared some more photos from her big wedding to Dwyane Wade on Instagram. The actress posted a photo of her and her new family on their special day. The photo has the newly weds with Dwyane’s sons Zion and Zaire along with his nephew Dahveon, of whom he has custody.

Gabby also showed off more of her custom-made gown, thanking the designer: “Thank you thank you thank you @DennisBasso for helping me design THE most perfect gowns for the most special night of my life… So grateful… So happy.” END_OF_DOCUMENT_TOKEN_TO_BE_REPLACED 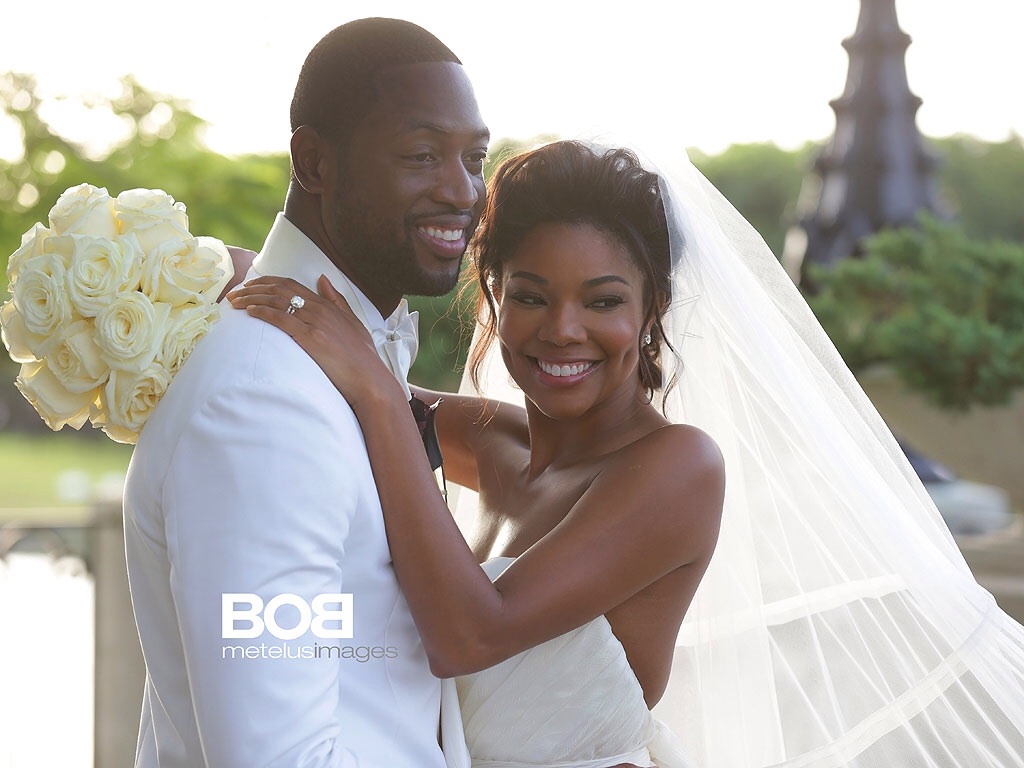 Gabrielle Union and Dwyane Wade got married on Saturday in Miami at the Chateau Artisan castle in front of family and friends.

Guests at the black-and-white themed wedding were treated to a 1930s juke joint event. The bride wore a custom Dennis Basso gown from Kleinfeld Bridal while the groom wore customized Dsquared2, his personally designed Wedding Collection bowtie from The Tie Bar. Female guests were asked to wear white while the male guest were given a bow tie from DWade’s bow tie collection.

See the pictures of some guests below: END_OF_DOCUMENT_TOKEN_TO_BE_REPLACED 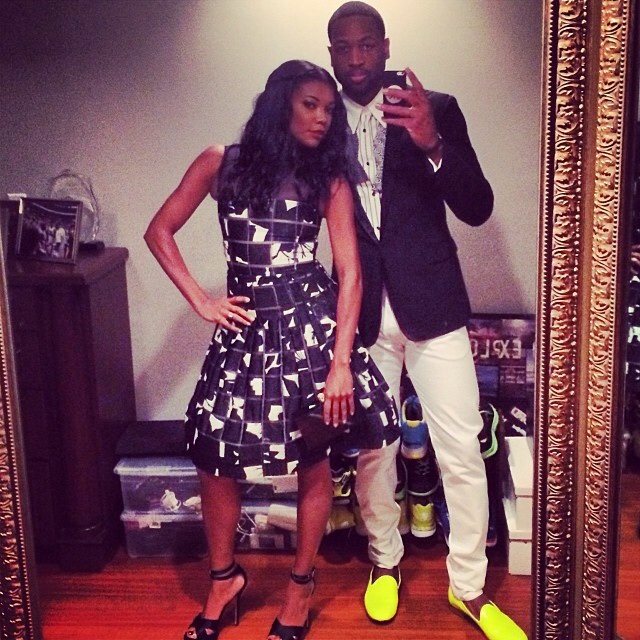 Dwyane Wade bared his soul for woman crush Wednesday on Instagram. The hoop star chose his fiancé Gabrielle Union as his crush and posted that his life mistakes gave her to and also almost cost him their relationship. Of course, everyone assumes he is talking about his son that was born last year before they became engaged. 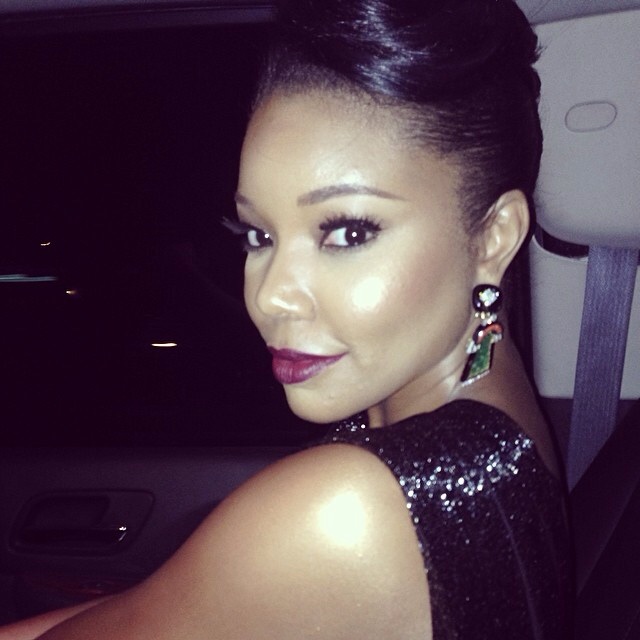 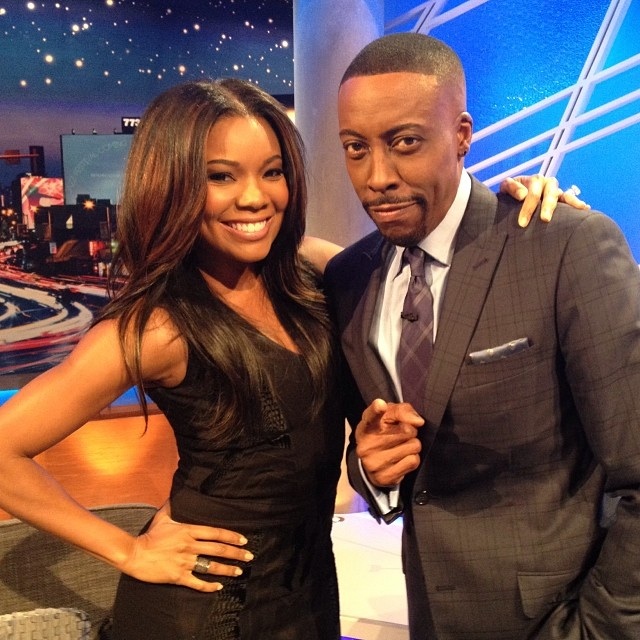 Gabrielle Union popped by The Arsenio Hall Show last night and she dished on her wedding plans and why she will have a pre-nup when she marries Dwyane Wade.

On wanting a pre-nup: “The biggest difference between this and the last marriage, will be a pre-nup. At my insistence. When you have your own stuff, you don’t need to worry about anybody else’s stuff. So everyone should go into the relationship saying I’m here for you and you’re here for me. And the reality is, I’ve never seen Dwyane balance a check book. So I got to protect my stuff. It’s just the wave of the future, protecting your stuff.

On why the wedding will be small: “There are no bridesmaids and no Groomsmen. Trying to wrangle a bunch of broads. Somebody wants one type of dress, somebody wants something else, you start to not like them after a couple months. And we’re older. This is the second time around. It’s us and the kids. We’re just riding out. Just us…There’s a lot of people that think they’re coming. They’re not. He’s the executioner. He’s like, ‘Let’s go through your list…absolutely not.’ I’m like, ‘My cousin?’ If you’re not about us, and we don’t both have a relationship with you, you’re not going to make it. So if we were at Magic City in Atlanta, you’re probably not coming.”

Watch the interview below: END_OF_DOCUMENT_TOKEN_TO_BE_REPLACED

The Miami Heat Welcomed At The White House 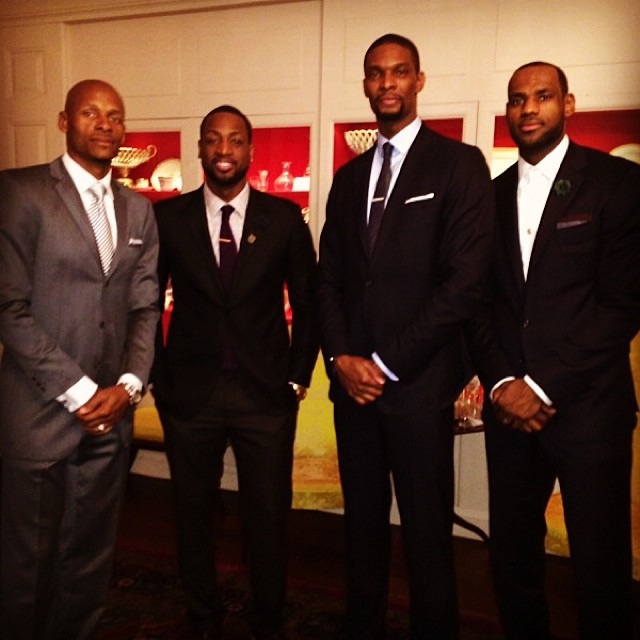 The 2013 NBA Champion Miami Heat visited the White House where they presented President Obama with his own jersey after being praised by the president. END_OF_DOCUMENT_TOKEN_TO_BE_REPLACED 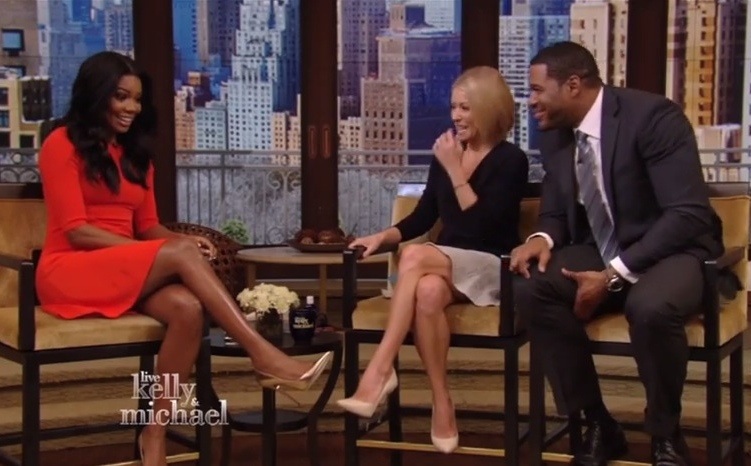 Gabrielle Union has been busy promoting her show Being Mary Jane and during her stop at Live With Kelly And Michael she details how Dwyane Wade and his kids proposed to her and why she initially didn’t take them seriously.

“I was completely surprised. He and the boys planned it completely as a family. We were just going to spend the day having family time. Go to lunch. He said, do you want to do your hair or makeup? I was like, ‘No.’ We were going from there to Our house that is under construction and I was dressed for a construction site.

So the boys are like, can we do a presentation for you. So me and D turn around and then the boys say, ‘OK we’re ready.’ And we turn back around and they’re holding signs that say ‘Nicki, will you marry us?’ (Her middle name is Monique)

But the thing is, they ask me all the time. So I was like, ‘Well this is embarrassing. Now they bring in signs.’

The kids thought I was saying no, and I’m like ‘Yes, Yes!’ And then they tear up the stairs.”