Tag Archive for Vivica A. Fox

Let It Go Already – Starring Vivica A. Fox And 50 Cent

For people who were never married and dated for two seconds it seems like Vivica A. Fox and 50 Cent can’t stop talking about each other. I mean, they broke up THIRTEEN YEARS AGO! In the latest back and forth, the rapper appeared on Watch What Happens Live and host Andy Cohen brings up when Viv was on the show a year ago and insinuated 50 Cent was gay. Instead of saying no comment like an adult, the king of petty tells Andy, “Just because I let her lick my END_OF_DOCUMENT_TOKEN_TO_BE_REPLACED

Celebs came out for the premiere of Fifty Shades of Black starring Marlon Wayans at Regal Cinemas L.A. Live in California last night. Fifty Shades of Black, a parody film he co-wrote and produced, spoofs Fifty Shades of Grey, follows the developing relationship of shy, inexperienced college student Hannah  (Kali Hawk) and shady businessman Christian Black. Marlon, who has made a movie career on parody films, tells Variety magazine there is a science to it. “It has to be organic. There’s a science to it, but you just have to be smart about your approach.” END_OF_DOCUMENT_TOKEN_TO_BE_REPLACED

Will Smith’s wife Jada PInkett Smith and several of his celebrity friends showed up to support him at the screening of his latest movie, Concussion. The event was held at the Regency Village Theatre in Westwood, California. Afonso Ribeiro, Martin Lawrence, Vivica A. Fox Tommy Davidson and more were on hand for Will’s premiere.

Peep the pictures from the red carpet and after party below: END_OF_DOCUMENT_TOKEN_TO_BE_REPLACED

Vivica A. Fox appeared on Watch What Happens Live last night and she let it be known that ex-boyfriend 50 Cent may be gay. She was on promoting her upcoming appearance on Empire when Andy Cohen asked her “What was your thoughts when 50 Cent called the second season ratings dip on ‘gay stuff?’” To which she responded: “First of all the pot calling the kettle black, is all I’m saying.”

Andy asked her if she’s insinuating that Fiddy is gay she threw major shade and dragged Soulja Boy into the mess. Watch it below (at the 1:25 mark): END_OF_DOCUMENT_TOKEN_TO_BE_REPLACED

Spotted: Vivica A. Fox In NYC 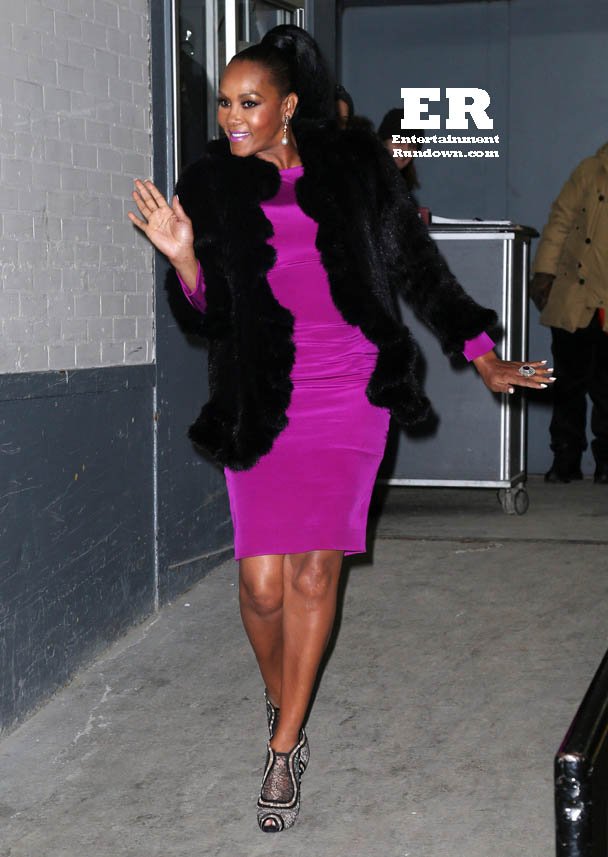 Actress Vivica A. Fox was spotted out and about in New York City after becoming the most recent star to be fired on the hit reality TV series, Celebrity Apprenctice. Viv got booted after she refused to devalue fellow finalists Leeza Gibbons and Geraldo Rivera.

She tells TV Line: “To those who say I chickened out, you’re entitled to your opinion, but I’m a realist and I think I made the right decision. I didn’t want to say mean things about either of them, because neither of them deserved that. Between them, they brought in close to half a million dollars, and that should be commended. That’s why I bowed out; there’s no sense in fighting a fight you can’t win. I’d been there for seven weeks, so I was tired and ready to get back to my wonderful life.”

She also talked about her feud with Kenya Moore. “We all did the [Television Critics Association winter press tour] a couple months ago, and she kept her distance. I’d like her to be woman enough to say, END_OF_DOCUMENT_TOKEN_TO_BE_REPLACED